Investors purchase record number of homes, 32% in some cities, what does this mean for values. 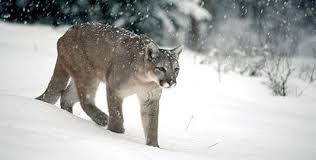 Real estate investors spent a record $63.6 billion to purchase homes in the third quarter, up 78% from a year earlier, with an intense housing shortage fueling their returns, according to a  Redfin  report published on Monday. “Investors are expecting rents to increase in the coming years,” said Redfin Chief Economist Daryl Fairweather. What does this mean for real estate values in the short term and long term?

What was in the data regarding investment property purchases?

Investors are snapping up homes at an unprecedented pace across the country, including in metro Denver. Investors purchased a record 18.2% of the homes sold nationally in the third quarter, or 90,215 homes worth $63.6 billion, according to  a study from the Seattle-based real estate brokerage Redfin. In dollar terms, investors bought a record $63.6 billion worth of homes in the third quarter, up from a revised $58.8 billion in the second quarter and $35.7 billion a year earlier.

In total, real estate investors represented 18.2% of the U.S. homes purchased in the third quarter, seven basis points higher than a year earlier, Redfin’s analysis found. But their share increased to 32% in Atlanta (GA), 31.7% in Phoenix (AZ), and 31.5% in Charlotte (NC) and almost 18% in Denver (CO).

Why should we focus on the percentage of investment purchases?

The huge increase in purchases by investors in Atlanta and throughout the country is astounding. The bet for the investors is that rents and values continue to climb. Unfortunately, real estate cannot go up forever. What happens when rents flat-line and values decline?

There was an important study done by the  Urban Institute in 2013 that was the most extensive analysis of investment properties that I have seen. Here are the key findings:

“Investment properties are 15 percent more likely to default, controlling for loan and property characteristics.  Again, the higher default rate, with all else held constant, is consistent with the literature. Investors have fewer personal ties to the properties and neighborhoods and are not subject to costs associated with eviction, making them more likely to default than owner-occupants (Belsky and Richardson 2010; Fisher and Lambie-Hanson 2012; Gerardi, Shapiro, and Willen 2008; Haughwout, Peach, and Tracy 2008). Focusing on Chelsea, Massachusetts, Fisher and Lambie-Hanson (2012) found that local investors had 1.8 times the foreclosure risk of owner-occupants. Haughwout, Peach, and Tracy (2008) found that investors were significantly more likely than owner-occupants to default when confronted with a downward movement in house prices or negative equity. ”

What does the amount of investment homes being purchased tell us about real estate values?

Based on the study above if there are more investment homes in an area and market values decline, these areas are 15% more susceptible to default than a traditional owner-occupied property. As the percentage of homes bought by investors increase, the downside risk also increases substantially.

Redfin Chief Economist Daryl Fairweather said, “Investors are expecting rents to increase in the coming years, even though home prices are high, they are waiting for rents to grow and there are no signs that prices will decline.”

There will always be another cycle and it is not possible for prices to continue to increase at their blistering pace. Interest rates are currently increasing substantially while at the same time inflation is cutting into purchasing power of buyers. These two factors will eliminate double digit growth over the next several years and likely will lead to a slight decline in values.

Investors piling into investment real estate at record numbers is a warning sign. Most of these investors are small time investors that are much more prone to the market than an institutional investor. With prices as high as they are  there is no way that rents can rise fast enough to justify the prices.

Furthermore, interest rates are moving up substantially which will further dampen the return on an investment property. Residential real estate is at an inflection and peaked sometime this past summer. The only way for real estate to go is flat at best or likely down. As the market goes down, historical studies show a substantially higher default rate for rental homes. Look for this trend to rear its head in as the market changes. If you are in the real estate market, now would be a good time to sell and to sit tight if you are buying.